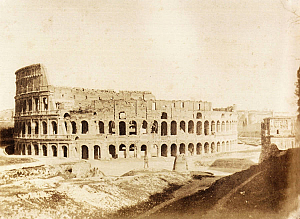 The monument, symbol of the city, was built in just eight years under the Vespasian's Empire starting from 72 AD where there was a lake.

The huge amphitheater, which takes its name from to the nearby bronze statue of Nero (Colossum), had four levels of arches that, except for those at ground level which were used as entrance, could have hosted statues, completely disappeared today.

Inside the Colosseum, designed to entertain people with games, fights and hunting scenes, could sit about 60 thousand people, a sort of forerunner stadium that also included many internal fountains for the audience's refreshment. The choice of location was very strategic, considered the proximity to the Forum, which was the center of the city, and the considerable width of the area on which to drain the huge influx of spectators incoming and outgoing. Inaugurated with 100 days of celebrations by the emperor Titus in 80 AD and later known as Flavian Amphitheatre, the Colosseum had at its center an arena made by a wood floor covered with sand on which were staged various performances. 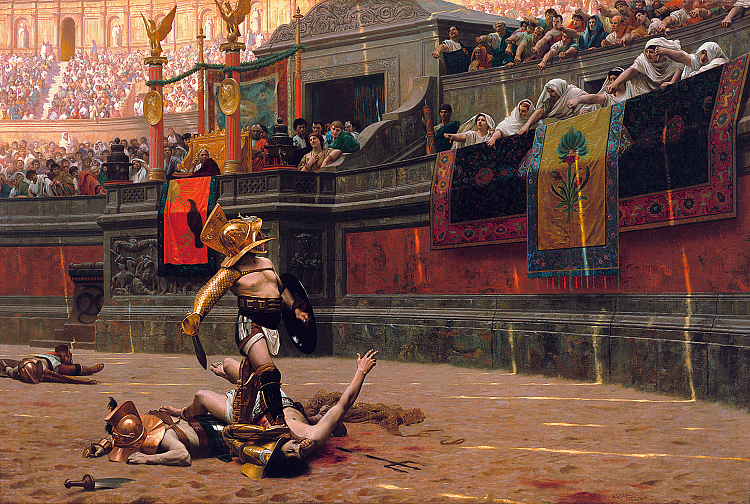 The entrance was free and the seats were assigned according to the social class of belonging. Hit by several disasters, like the fire in 217 and the earthquake in 442, it saw first the abolition of gladiatorial combats and more than a century later even those among the beasts (VI century).

With the passage of time the Colosseum ran out its function and was despoiled of rocks and stones after widely reused for the construction of Palazzo Venezia, the Vatican Basilica, the Palazzo della Cancelleria and the Port of Ripetta. It was then transformed into fortress by the Frangipane family in the Middle Ages and in sacred place by Benedetto XVI in 1749.

This is not the official website of Colosseum or the Official Ticket Office.
This web site is a project of New Globus Viaggi Tour Operator and offers 100% Guaranteed Service.

Looking for Tickets or Guided Tours?

Colosseum Ticket is an online project made by New Globus Viaggi Tour Operator that gives you the opportunity 24 hours a day, 7 days a week, to buy tickets and guided tours of the Colosseum and other highlights in Rome. Read more

The site uses its own and third-party cookies for statistical purposes and to provide additional services. By proceeding you accept their use. You can change the usage options also by your browser settings. OK - More informations